Can you play bingo in Las Vegas? 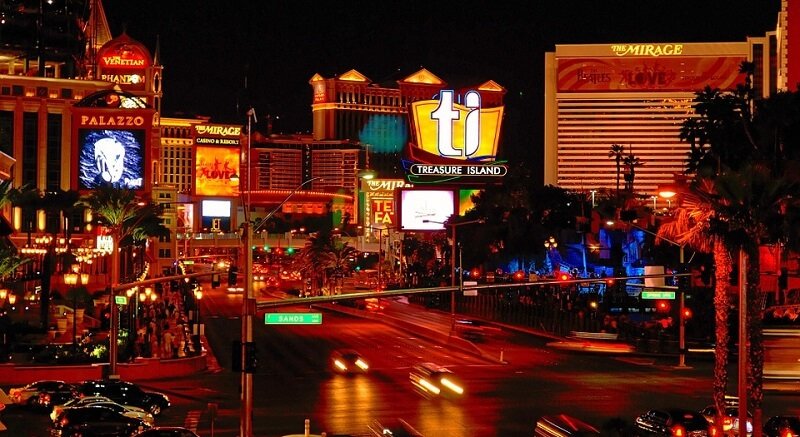 Bingo might not necessarily be the first game that comes to mind when you think about Las Vegas. Table card games like blackjack, poker and roulette are the most popular forms of gambling in “Sin City”, but if you’re a seasoned bingo player you’ll be pleased to hear that Vegas gives plenty of attention to bingo too.

In fact, there are plenty of exciting 24-hour bingo halls operated by many of the city’s casino resorts. If you’re prepared to head off the Las Vegas Boulevard Strip, you can play at the city’s biggest bingo hall at the South Point Hotel, Casino & Spa. Here, there are a whopping eight daily sessions of bingo, starting from 11am and scheduled every other hour until the final game at 1am. If you prefer to play with electronic units rather than paper tickets, you can hire these for an additional charge of just a couple of bucks.

What’s great about bingo games at South Point is that they offer some really exciting bonuses and jackpots in their games. If you’re lucky enough to bag the progressive Double Action Game, you could win a fortune. Alternatively, there’s the $10,000 bonus up for grabs if you can win in 52 numbers or fewer. If that wasn’t enough, all bingo players at South Point are also given complimentary drinks during every game session.

Bingo is also branching out into Downtown Las Vegas

There’s also one popular place to play keno in Downtown Las Vegas, The Plaza. With a capacity for 280 players, this third floor keno hall also operates an impressive six daily gaming sessions between 11am and 9pm. For those new to bingo and looking to try it for the first time in Las Vegas, The Plaza also hosts “Bingo 101” lessons for beginners on Tuesdays, Thursdays and Saturdays. The Plaza has a “Bingo Millions” game where players have been known to win seven-figure sums by covering all their numbers within 47 calls or less.

The Palace Station resort also recently opened a new bingo room in the last few years, which offers one of the most popular bingo games in close proximity to the Vegas Strip. Palace Station is working hard to try and make its bingo games more appealing to the city’s younger demographic, introducing live DJs, disco balls and neon lights during and in between games.

Aside from bingo, Las Vegas has an undeniable obsession with all types of card and table games. We’ve already touched upon blackjack, roulette and poker, but the latter is certainly a big money-spinner across the casino resorts on the Strip. Vegas is home to the World Series of Poker (WSOP), which operates dozens of big-money tournaments each summer, including the $10,000-entry Main Event, where one lucky winner can bag a multi-million first prize. Sports betting is also massive in Vegas. Virtually every casino resort operates its own sportsbook where people can sit, watch and wager on all manner of live sporting events.

Once you’ve had your fill of gaming, Vegas isn’t finished there either. In fact, it’s no longer considered the world’s number-one gambling capital. That crown has been passed to the Chinese city state of Macau, based on annual gaming revenues. This is due largely to the fact that the Strip’s resorts have tried hard to diversify, providing alternative forms of entertainment in the form of high-end dining, retail and entertainment.

Michelin-starred fine dining has become extremely popular in Vegas. The Joel Robuchon restaurant is the only in the city to have achieved Michelin’s top rating of three stars, with Michelin noting its “exceptional cuisine” that makes it “worth a special journey”.

The idea of a trip to Las Vegas might be daunting for some people, who think that Sin City is only targeted towards those with bottomless wallets and bank balances. Nevertheless, that couldn’t be further from the truth. There are several ways you can save money when exploring Vegas, whether it’s hotel room prices and flights or two-for-one buffets and discount show tickets.

Many thrifty travellers go to Vegas because of the range of deals and coupons available to get more bang for your buck. There are coupon books you can buy in advance of your stay that give you access to exclusive deals and discounts. These coupon books aren’t free, but that’s because they help you save a considerable sum of money throughout your trip. Be sure to give these a try – it’ll ensure you have more money to spend on your bingo sessions!