The History of Bingo 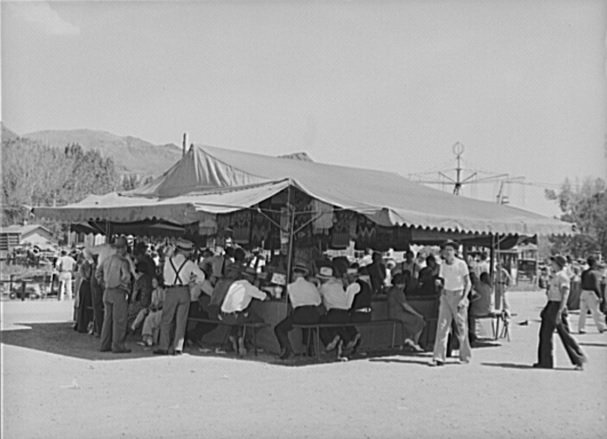 Bingo was a popular carnival game in 1930’s America

Modern bingo is a huge industry worth around £80 m per year in the UK and £58 m per year in the United States, with at least three million regular players in Britain alone. Yet the game itself is nothing new. In fact, bingo’s origins can be traced back around 500 years to 16th century Italy.

The oldest known bingo-like game was known as Lo Giuoco del Lotto Italia (the game of lotto in Italy) which was first played around 1530. This was a basic lotto game, with players picking their own personal numbers, and trying to match these to numbers drawn at random from a bag. It is still played every Saturday across the country, with similar lotteries played in almost every other European country. From here it moved to France, where it became known as Le Lotto.

The French were the ones who gave us the modern bingo card, with its familiar three rows and nine columns, and ninety possible numbers. This game was a favourite of the French aristocracy in the late 18th Century, as they enjoyed their final days before the revolution in 1789. From here it moved to Germany, as an educational tool, before being spotted by an visiting American, Hugh Ward, who took the game back across the Atlantic.

Ward introduced the game of bingo, or ‘beano’ as it was known then, to travelling fairs and carnivals in the late 1920’s. The game was a huge hit but had many drawbacks, including multiple winners if players chose the same numbers. Toy salesman, Edwin Lowe, saw the potential for the game if it was developed properly, and he worked with a mathematics professor from Colombia University, called Carl Leffler, to create almost 6,000 unique bingo cards.

It was during Lowe’s research that bingo got its name, completely by accident. In much the same way that roulette was invented by accident when Blaise Pascal tried to create a perpetual motion machine, bingo got its name accidentally when an excited player called out ‘bingo’ instead of ‘beano’. Lowe liked the sound of the word and copyrighted the it for his new version of the game, publishing an official rule book in 1933.

The more formal version of bingo was a huge hit, and it spread rapidly as churches and charities used the game to raise funds. But for all the winners down the years, it was Lowe who ultimately hit the jackpot. In 1973, he sold his company for $23 million.

Bingo arrived in the UK around 1800 and was an immediate hit, with Briton’s adding their own unique touch to the game by inventing bingo-lingo based on cockney rhyming slang. By the second world war, bingo was being used regularly as a fundraiser, with post-war councils using the game to make the money they needed to make essential repairs. It also served as a way of boosting morale and building communities during these difficult times. 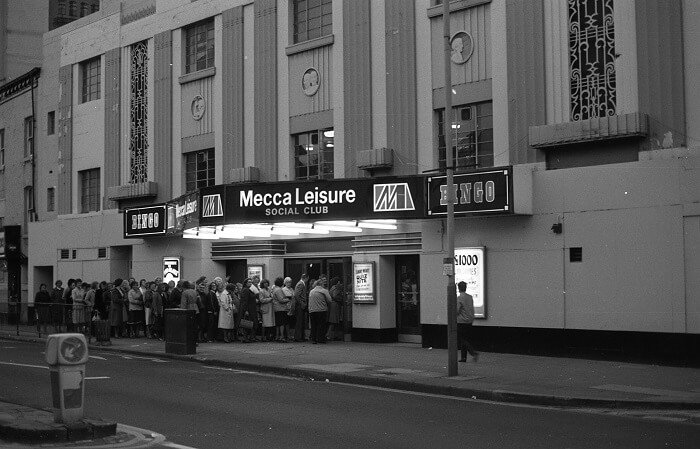 By the 1960’s and 70’s, Bingo was massive in the UK, with at least one bingo hall in every town, and often many more. With over 1,000 places to play and over a million regular players, the game seemed unstoppable. Yet as things moved on, bingo fell out of fashion, with the number of bingo halls dropping to less than 400 by the 1990’s.

The rise of online bingo

Fortunately, the game bounced back with the arrival of online bingo. The first online bingo site, Cyberbingo.com, was quickly followed by games from all the major bingo brands and a whole new era for bingo was born. With players able to play anytime, anywhere they wanted, and with much bigger prizes on offer than any local bingo hall could match, online bingo was an overnight sensation.

Today, it is estimated that no less than 3 million people play bingo online, with the game worth £80 million in Britain alone. Around 75% of players say they prefer online bingo, while 25% still prefer the social side of getting together with their friends for a night out at a bricks and mortar bingo hall. But whatever the benefits of live vs online bingo, it’s fascinating to know that you’re enjoying the same style of fun that has been enjoyed across Europe for over five centuries.